You Are Here Home Health News People diagnosed with COVID-19 more likely to have nightmares: study 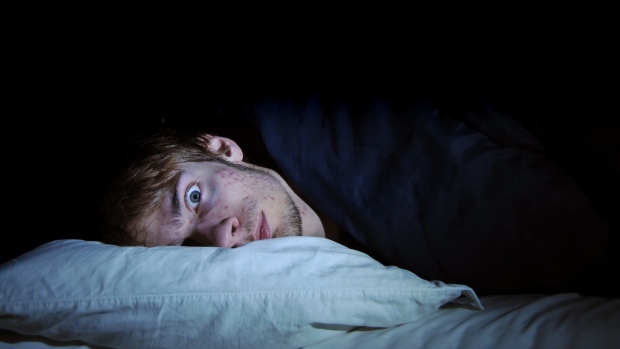 MONTREAL — A new international study involving Canadian researchers has found that people who had COVID-19 during the pandemic’s first wave were more susceptible to nightmares — and the worse their infection, the more bad dreams they experienced.

The study found that, for some, the experience of a COVID-19 infection was as intense as a terrorist attack or a natural disaster.

Sleep researchers in 14 countries including Canada compared the frequency of nightmares and other dreams in two groups of 544 subjects, a group of people who had COVID-19 and a control group of people who were not infected. The data was gathered between May and July 2020.

The researchers found that the frequency of dreams increased by about 15 per cent in the two groups during the first months of the pandemic.

Charles Morin, a psychology professor at Universite Laval who studies sleep and is one of the study’s authors, said that after the pandemic began, people tended to remember their dreams more.

“That might be because of the fact that remote work allowed many people to get up later, and it’s primarily in the morning that we dream, during what we call REM sleep,” he said in an interview. He added that if people remember their dreams more frequently, they’re also more likely to remember nightmares, “because everyone has nightmares at one time or another.”

The reason for the increase is not entirely clear. While the study did not rule out the possibility that it was due to effects of the virus on the brain, psychological factors associated with uncertainty and isolation, such as the loss of contact with family and friends, may also be involved.

“It should be considered that our data were collected during the ‘first wave’ of the COVID-19 pandemic when knowledge about the virus was very poor,” the authors write in the medical journal Nature and Science of Sleep. “The scarce or inadequate information on the disease and its treatment, as well as the social stigmatization after diagnosis, was related to fear and feeling of uncertainty, and these factors could induce PTSD-like symptoms.”

The group that had COVID-19 scored higher on tests for symptoms of anxiety, depression and post-traumatic stress, the study found, while the control group had higher scores for well-being and quality of life.

“The more that people were affected by COVID-19, the greater the impact upon dream activity and quality of life,” the researchers wrote.

Morin said some people experienced the pandemic as intensely as others experienced the 9/11 terrorist attacks or the 1989 San Francisco earthquake, events for which researchers also reported an increase in nightmares.

“The increases that we’re seeing during the pandemic are even higher than those two incidents,” Morin said. “Some people will say that we cannot make comparisons like this, but the fact remains that the incidence of nightmares has been higher since the start of the pandemic. This is especially true for the people who found themselves in hospital and in intensive care.”

This report by The Canadian Press was first published Feb. 18, 2022.