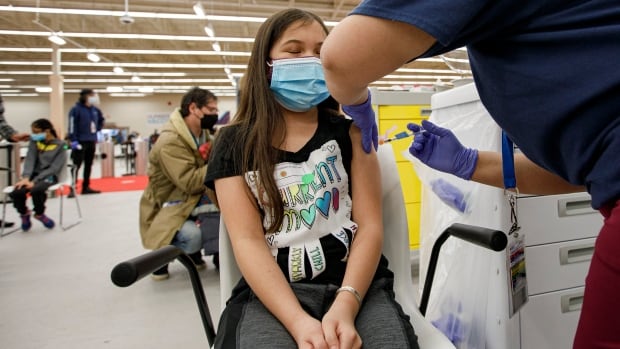 Two doses of the Pfizer-BioNTech COVID-19 vaccine was protective against severe disease in children aged five to 11 during the recent Omicron variant surge, but quickly lost most of its ability to prevent infection in the age group, according to a study by New York State researchers.

The vaccine’s efficacy against infection among those children declined to 12 per cent at the end of January from 68 per cent in mid-December compared to kids who did not get vaccinated, according the study, which has not yet been peer reviewed.

For those aged 12 to 17, the vaccine’s protection against infection fell to 51 per cent in late January from 66 per cent in mid-December.

“These results highlight the potential need to study alternative vaccine dosing for children and the continued importance layered protections, including mask wearing, to prevent infection and transmission,” the researchers said.

The vaccine was around 48 per cent effective in keeping the younger age group out of the hospital, with 73 per cent efficacy against hospitalization among adolescents last month, the data showed.

That was down from effectiveness of 100 per cent and 85 per cent against hospitalization for the two age groups as of mid-December.

Dr. Paul Offit, a pediatric infectious disease expert at Children’s Hospital of Philadelphia, questioned whether the data were robust enough to say that the vaccine’s efficacy had significantly declined, particularly against severe disease.

Offit said the number of hospitalizations were too few to draw any real conclusions, and that there was little information on why the children were hospitalized. He noted that protection from previous infection among the unvaccinated might also skew the numbers.

“Natural infection can protect against serious illness,” he said.

Younger children receive a lower 10-microgram dose of the vaccine than 12- to 17-year-olds, who receive the same 30-microgram dose as adults and are eligible for a third booster shot.

Pfizer said it is studying a three-dose schedule of the vaccine in the pediatric population, noting that studies in adults suggest that “people vaccinated with three doses of a COVID-19 vaccine may have a higher degree of protection.”