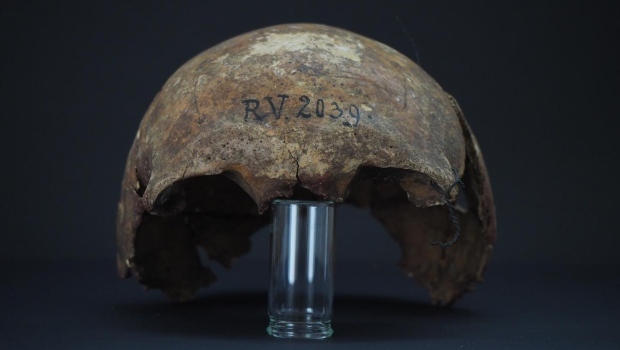 TORONTO — New analysis of 5,000-year-old remains of a hunter-gatherer has offered clues as to how ancient humans were affected by infectious diseases.

The bacteria Yersinia pestis was responsible for the deaths of as much as half of Europe’s population during the Black Death in the 1300s. German researchers have found a Y. pestis strain in the remains of a Neolithic man, who is now the earliest known victim of the disease.

The ancient man, called RV 2039, was estimated to be in his 20s or 30s when he died. Portions of his skull, alongside the remains of three other hunter-gatherers, were excavated from Riņņukalns, an archeological site in Latvia, in the late 1800s.

The research team recently sequenced samples from RV 2039 and the other hunter-gatherers and found genetic evidence of Y. pestis in RV 2039’s bloodstream. They published their findings in Cell Reports journal on Tuesday.

RV 2039 lived during the time period of the Neolithic decline, which refers to the mass population declines that led to the collapse of the Neolithic civilizations in Europe. Some scientists have theorized that this was caused by a plague.

But Ben Krause-Kyora, who is the senior author of the study and head of the aDNA Laboratory at the University of Kiel in Germany​, disagrees, noting that the region was sparsely populated in the Neolithic age, making it difficult for a plague to move through the population, as this was before the age of agriculture and large cities.

This particular strain of Y. pestis also has a few differences from the Y. pestis strain responsible for the Black Death. Researchers say it lacked the genes that allowed fleas to easily spread the bacteria between human hosts. The mutations required for flea-based transmission would’ve occurred more than a thousand years later, researchers estimate.

“What’s so surprising is that we see already in this early strain more or less the complete genetic set of Y. pestis, and only a few genes are lacking. But even a small shift in genetic settings can have a dramatic influence on virulence,” said Krause-Kyora in a news release.

Instead of through fleas, the researchers believe RV 2039 was infected after being bitten by an infected rodent, and that the infection likely didn’t spread beyond him.

“Isolated cases of transmission from animals to people could explain the different social environments where these ancient diseased humans are discovered. We see it in societies that are herders in the steppe, hunter-gatherers who are fishing, and in farmer communities–totally different social settings but always spontaneous occurrence of Y. pestis cases,” said Krause-Kyora.

This new discovery also suggests that the Y. pestis emerged much earlier than previously thought.

“What’s most astonishing is that we can push back the appearance of Y. pestis 2,000 years farther than previously published studies suggested,” Krause-Kyora said.​