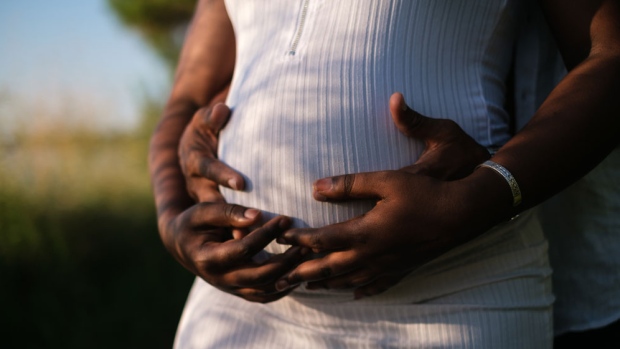 TORONTO — A new study suggests that pregnancies involving unhealthy fathers are more likely to end in loss, and researchers say couples hoping to become parents should pay more attention to paternal health in the lead-up to pregnancy.

Metabolic syndrome is very common in Canada. About one in five people live with the condition, according to Metabolic Syndrome Canada.

Researchers found that the risk of pregnancy loss increased by 10 per cent when men had one health condition linked to metabolic syndrome, 15 per cent for those with two and 19 per cent for men with three conditions.

Specifically, researchers found higher rates of miscarriages, stillbirths and ectopic pregnancies, which occur when a fertilized egg grows somewhere outside the inner lining of the uterus. There is no way to save an ectopic pregnancy and in some cases they can be fatal for mothers.

“They shouldn’t see themselves as divorced from the process,” Eisenberg told CTVNews.ca on Thursday.

“We’ve definitely talked to women about pre-conception health, whether taking prenatal vitamins, being aware of their bodies and trying to maintain a healthy lifestyle. So I think the same thing would apply to men.”

While other studies have looked at how individual health conditions among fathers can affect pregnancies, Eisenberg said his study is the first of its kind to consider men’s health more broadly.

Metabolic syndrome was the main way researchers classified men’s health, but they also considered some of the most common chronic conditions in the U.S., including depression, heart disease, cancer and chronic obstructive pulmonary disease, which is usually linked to smoking.

“The more conditions these men had, the more likely these pregnancies were to end in pregnancy loss,” Eisenberg said.

Researchers hypothesize that a father’s health could negatively affect his sperm, either in its genetic makeup or how its DNA expressed. This, in turn, may affect how well the placenta functions.

It may be difficult to imagine how something like obesity could affect a sperm’s DNA. But Eisenberg points to a science called epigenetics, which is concerned with markers on top of DNA that dictate how well DNA is able to express itself.

Previous research suggests that a man’s weight or age can affect his “epigenetic signature” and impact his sperm.

“It may be that some of these other medical conditions affect how efficiently the sperm’s DNA is able to exert its influence,” Eisenberg said, pointing specifically to how such a sperm could affect the placenta.

“If it’s not a healthy placenta, it’s more likely that the pregnancy could end in a loss.”

“I think we really need to get into the why. I think it’s good advice to be healthy, but I think if we understood why this association exists, potentially we would be able to maybe mitigate some of this risk in couples,” Eisenberg said.

Miscarriages are common. About one in six women who already know they’re pregnant have miscarriages, according to HealthLink BC.

Stillbirths are less common, with the latest numbers from Statistics Canada showing that of the 375,390 births in 2018, 3,061 of them — or less than 1 per cent — were stillbirths.