You Are Here Home Health News Pregnant women exposed to disinfectants more likely to have children with asthma, eczema: study 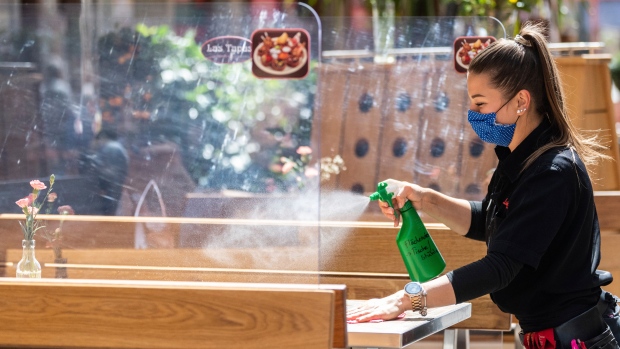 Children whose mothers regularly used disinfectants during pregnancy at their workplace are nearly 30 per cent more likely to suffer from asthma and eczema, new research from Japan suggests.

The use of bleach and hand sanitizer has increased in recent years, both in medical settings and by the general public, in response to the COVID-19 pandemic.

Previous research has linked exposure to the chemicals to asthma and dermatitis in workers, but few studies have explored the effects of disinfectant use during pregnancy and the development of disease in children.

Researchers from Yamanashi University in Japan examined data from nearly 80,000 pairs of mothers and children who were recruited into a Japanese children’s health study between 2011 and 2014.

They assessed whether pregnant mothers’ exposure to disinfectants in the workplace was associated with increased risk of allergic diseases in their children by age three.

Women exposed to cleaning chemicals every day were most at risk, the study found.

The study, published in the journal Occupational & Environmental Medicine, found that their children’s risk for asthma was 26 per cent greater, and 29 per cent greater for eczema, than the risk for children whose mothers were never exposed to disinfectants.

Although the study looked at exposure in workplaces like hospitals between 2011 and 2014, the researchers pointed to a potentially huge rise in the use of disinfectants during the pandemic.

Women who regularly used disinfectants were more likely to be nurses, doctors and hospital workers — accounting for 20 per cent of the study group.

Only 1.9 per cent of the general study group reported using disinfectants on a daily basis, compared to 17.7 per cent of workers such as nurses and doctors.

No significant links between disinfectant use and food allergies were identified.

This is an observational study, the authors said, and as such can’t establish cause.

The authors also noted some limitations, including that the information on disinfectant use by mothers was self-reported with specific disinfectants not identified. Diagnosis of allergic diseases in children was also self reported by mothers.

The study ultimately concluded: “Our findings indicate that exposure [to disinfectants] during pregnancy exerts an effect on allergies in offspring regardless of whether the mother returns to work when the child is one year old, and suggest an effect by exposure during pregnancy alone.”

“It is of great public health importance to consider whether prenatal disinfectant exposure is a risk for the development of allergic diseases.”