You Are Here Home Health News Psychedelics use linked to a lower risk in opioid addiction, study says 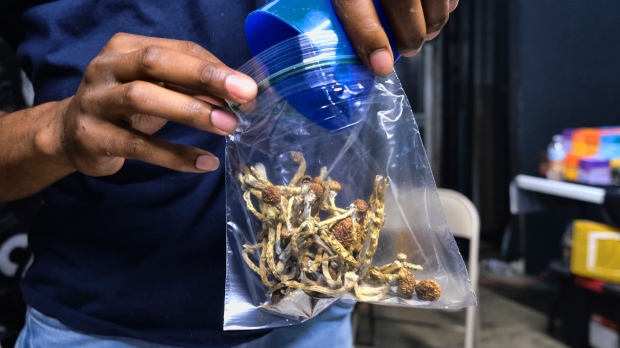 Psilocybin, the substance found in magic mushrooms, has been connected to a lower risk in opioid addiction, a recent study conducted in the U.S. suggests.

The survey found that people who used psilocybin were 30 per cent less likely to have an opioid addiction in comparison to those who have never used the hallucinogen.

Data collected between 2015 and 2019 found that of the 214,505 respondents, those who used psilocybin were also 17 to 34 per cent less likely to develop symptoms of opioid dependence.

The study, led by Harvard Graduate student Grant Jones in the Department of Psychology, hypothesizes that psilocybin can suppress the brain’s chemical reaction of serotonin and dopamine, which have been previously linked to addiction. The spiritual experience often associated with use of psychedelics may also be a factor in helping treat addiction, as researchers note previous reports have shown faith has aided in positive substance abuse recovery.

While the results are preliminary, and do not include other hallucinogens such as LSD or peyote, the authors say this survey lays the foundation for essential trials to find solutions in treating the opioid epidemic felt across the world.

“These studies can also provide essential foundational evidence for the link between psilocybin and OUD and maximize the likelihood of ethical and safe clinical trials that assess the treatment potential of this compound,” the researchers said.

Canada is no stranger to the grips of opioid addiction. Between January 2016 and September 2021, Health Canada has reported 26,990 opioid toxicity deaths; a number that continues to climb impacting thousands of Canadian families.

In Canada, similar trials have been conducted or are currently in progress to uncover how the compound is able to treat addictions and mental health issues. Ontario’s Diamond Therapeutics has recently wrapped up its first phase of clinical trials for low-dose, non-hallucinogenic psilocybin in a bid to identify a non-psychedelic but active dosage for mental health treatments. B.C.’s Numinus (https://numinus.com) recently submitted an application to Health Canada for trials of a “natural” Psilocybe extract. If approved, it would follow 20 healthy subjects and how the body is able to absorb and tolerate the drug.

A recent study conducted by the John Hopkins University of Medicine found that these magic mushrooms may relieve symptoms of depression in a shorter treatment span in comparison to traditional antidepressants.