You Are Here Home Health News Pulse oximeters and COVID: Are they less accurate for Black and Hispanic patients? 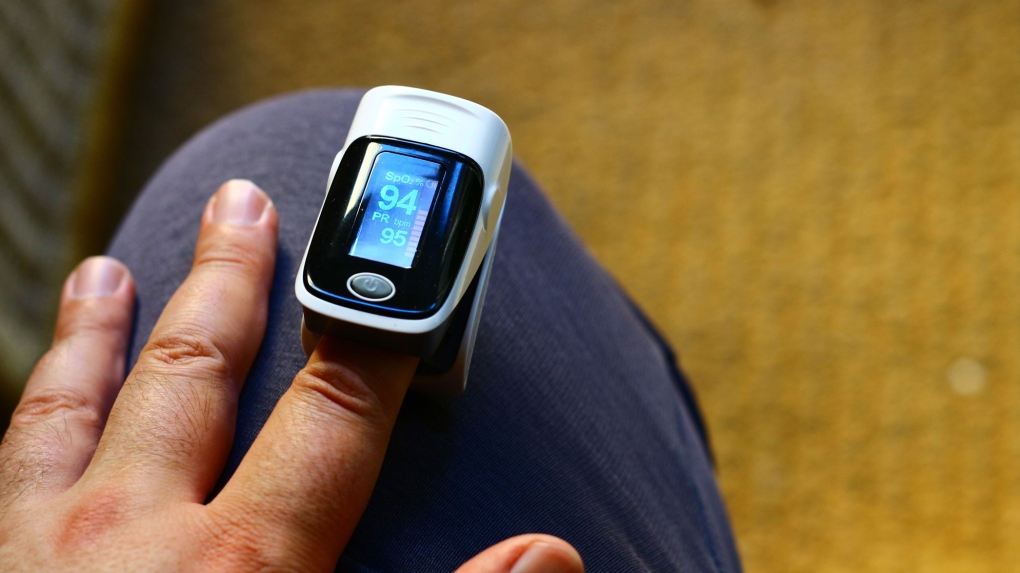 Inaccurate pulse oximetry readings for Black and Hispanic COVID-19 patients in the U.S. is associated with significant treatment delays or being ineligible for certain treatments, a new study by Johns Hopkins Medicine and Baylor College of Medicine suggests.

While it’s been a concern for many decades, awareness around overestimating oxygen levels in patients with darker skin tones through inaccurate pulse oximeter readings has grown during the COVID-19 pandemic. The new study, published on Tuesday in JAMA Internal Medicine, adds to a growing body of research looking at racial and ethnic biases and discrepancies and the impact on patients receiving care.

Among the more surprising findings was the fact that about 25 per cent of people should have had more aggressive treatments but did not, and that the majority of those individuals were Black or Hispanic, according to co-lead author Dr. Tianshi David Wu. In addition, the pulse oximeter never identified an oximetry value at or below 94 per cent for a large proportion of people, over half of whom were Black.

“The social determinants of health and racial disparities and COVID-19 outcomes are well described,” Wu an assistant professor of medicine in pulmonary and critical care at Baylor, said in a phone interview with CTVNews.ca on Monday.

“People who identify as a racial or ethnic minority have a higher likelihood of deaths due to COVID-19 and we speculate that this type of technological bias essentially may contribute to some aspect of that difference.”

Wu and his colleagues wanted to examine the issue in context of COVID-19 because of its relevance to treating the disease and how ubiquitously pulse oximeters are used globally.

“Unlike other diseases, the classification of severity and COVID hinges on the pulse oximetry value or the oxygen saturation number,” Wu said.

“Because of that, the treatment decisions that we make depend overly on that oxygen saturation number…and you can’t get through a hospitalization without having your oxygen saturation measured by the pulse oximeter.”

Wu noted that the National Institute of Health and other international guidelines, along with the prescribing information for drugs like remdesivir and dexamethasone, all base their eligibility on either a diagnosis of severe COVID-19 or a low pulse oximetry value.

“When comparing pulse oximetry measurements with arterial oxygen saturation, approximately one third of patients from each racial or ethnic minority group had at least one unidentified episode of hypoxia compared with fewer than one-fifth of white patients,” the authors wrote in the study. Hypoxia is when there is not enough oxygen in the tissue.

“In addition, we found a systematic failure to identify Black and Hispanic patients who were likely qualified to receive COVID-19 therapy and a statistically significant delay in recognizing the guideline recommended threshold for initiation of therapy among Black patients compared with white patients.”

HOW DO PULSE OXIMETERS WORK AND WHY CAN THEY BE INACCURATE?

Pulse oximetry is a non-invasive method of monitoring the amount of oxygen in a person’s blood that can quickly detect changes in those oxygen levels. It became an especially useful tool in patient care decisions during the pandemic, with recommendations for hospitalization and the authorization of certain drugs based on specific thresholds as measured by oximeters.

The device usually clips onto a finger, although other body parts like an earlobe may also be used. First developed in the 1970s in Japan, the device typically works by sending LED light through the skin at two different wavelengths and analyzing how much light is absorbed and passed through to the other side at those wavelengths. Melanin, the pigment found in darker skin, tends to absorb more of the light travelling through the skin.

The devices became more commonly used in certain medical settings by the late 1980s, but as early as 1989, researchers reported significantly more issues with obtaining a proper reading in patients with darker skin. One study from 1990 found that pulse oximetry readings appeared to be almost two and a half times less accurate in patients who were Black, with researchers surmising that they were less reliable because calibration data were mostly drawn from patients who were white.

A letter by a team of doctors from the University of Michigan Medical school published in the New England Journal of Medicine in December 2020 put a spotlight on this known issue and how differences in the pulse oximeter measurements posed an increased risk for Black patients. Specifically, their research found that Black patients had three times more undetected occult hypoxemia than white patients in two large cohorts.

Occult hypoxemia is when the arterial oxygen saturation is less than 88 per cent despite a pulse oximetry reading of 92 to 96 per cent.

In an article published in the Annals of Intensive Care this past January, Drs. Martin Tobin and Amal Jubran, the researchers behind the 1990 study wrote, “in the 31 years since we made this recommendation, we are not aware of any manufacturer attempting to incorporate adjusted algorithms into pulse oximeters.”

“The inaccuracy of pulse oximetry in Black patients is one further example of how medical information generated in (and for) White people contributes to inferior clinical outcome in patients of colour,” they added.

Among 7,126 patients with COVID-19 analyzed in the JAMA study, occult hypoxemia occurred in 30.2 per cent of Asians, 28.5 per cent of Black patients, and 29.8 per cent of non-Black Hispanic patients. Among white patients, it was 17.2 per cent.

Among the 1,452 remaining patients, or 76.3 per cent, who were eventually recognized as being eligible, Black patients had a median delay of one hour longer than white patients.

The use of pulse oximeters has also moved beyond hospital settings, particularly during the pandemic, and their affordable cost has meant more people using it at home as well. Wu and his colleagues expressed concern over how that might also impact how quickly patients seek professional care and how their illness is assessed.

“A Black individual who tests positive for COVID-19 in the outpatient setting may be advised against or decide to delay seeking care based on false reassurance from normal pulse oximetry readings,” the authors wrote in the paper.

“Such a scenario was reflected in the overrepresentation of Black patients who had unrecognized eligibility for treatment with remdesivir and dexamethasone.” They added that this issue could also be associated with treatment and triaging decisions for other respiratory diseases like pneumonia and acute respiratory distress syndrome.

Some of the limitations of the study included the fact that the race and ethnicity used in the study were self-reported, so researchers were unable to measure or account for differences in skin tones within each racial or ethnic group. Researchers also said that the results might not be generalized to healthy individuals or those with less severe illness. They also noted that using an oxygen saturation threshold and drug eligibility was an imperfect estimate of the actual delay in treatment, since there are other contributing factors at play as well, such as drug availability.

“While pulse oximetry has become a fundamental tool in diagnosis, triage, and management decisions in the acute care setting, the device’s lack of accuracy in certain populations has not been adequately investigated or addressed, although it has been recognized for several decades and was highlighted in a 2020 safety communication by the US Food and Drug Administration,” researchers wrote.

For the short-term, Wu says spreading the word to raise awareness about this issue is important and that thresholds for measuring oxygen saturation should become more liberal.

In the long-term, however, he and his colleagues believe the solution requires changing the technology so that it can respond to differences in skin tone. “Fixing the technology…is certainly feasible. It’s just not been done,” he said.

“It’s a difficult position that physicians and clinicians on the frontline are facing when we have this bias in such a vital tool.”