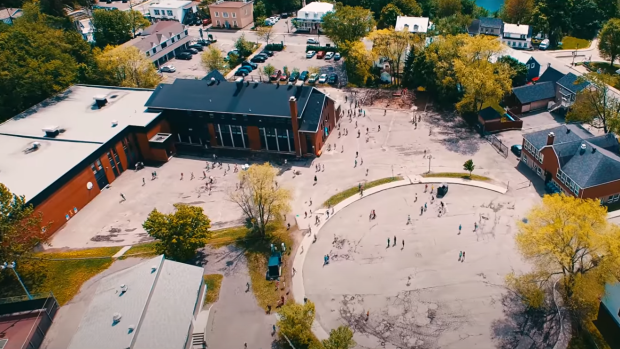 MONTREAL — A school in the Quebec City region has been closed indefinitely after positive COVID-19 variant cases were confirmed.

The Quebec City health and social services (CIUSSS) sent a letter Friday to parents of Ecole Marguerite d’Youville in the Cap-Rouge borough saying that two persons who frequent the school tested positive.

“A test to detect the new variants has been in use since [Thursday] in local laboratories in the region. This test detected suspected cases of variant infection in two people who attended school,” reads a letter sent to parents.

The letter recommends a massive screening of all students and staff over the weekend “to obtain a complete picture of the situation.”

The CIUSSS is also reminding all staff and students to remain at home isolated until it is confirmed that they are negative for the virus.

Ecole Marguerite d’Youville has 283 students and 50 staff in 14 classes from kindergarten to Grade 6.

Before Friday’s announcement, it had three closed bubble groups.

The Quebec City CIUSSS will hold a news briefing on the situation at 11 a.m. at the Institut universitaire de santé Mental de Québec (IUSMQ).

“The school will be closed until the Public Health Department has obtained a general picture of the situation,” said CIUSSS media relations information officer Mathieu Boivin.