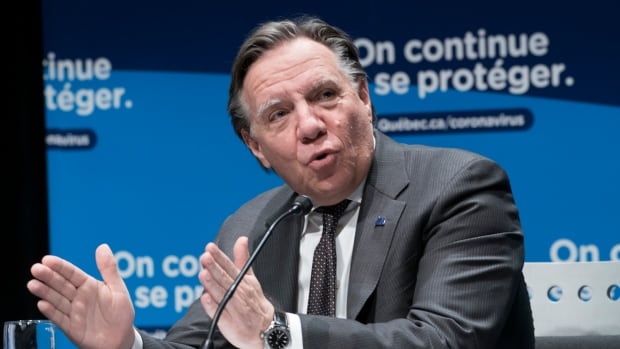 The Quebec government is imposing a curfew and extending the closure of high schools and businesses in an effort to slow the spread of COVID-19.

Premier François Legault said the lockdown measures, which he described as “shock therapy,” will begin Saturday. Many of them will be in place for four weeks, until Feb. 8.

Legault made the announcement at the start of his 5 p.m. news conference.

“We are in a race against time,” the premier said. “Unfortunately, we seem to be losing the race right now.”

The premier had been reluctant to introduce another lockdown despite growing concern from health experts, saying he wants to protect families and the economy.

But the rising daily case count and the increasing number of hospitalizations prompted the government to change course.

New restrictions were put into effect over the Christmas break, shutting schools and all non-essential businesses until Jan. 11, but Legault said Wednesday the measures weren’t enough to reduce the spread of the virus.

It expects to vaccinate 250,000 people by early February, when Legault plans to lift some of the lockdown measures. Those include all those living in long-term care homes and more than half the province’s health-care workers.

By the middle of February, Quebec expects to be vaccinating people over 80 in the general population.