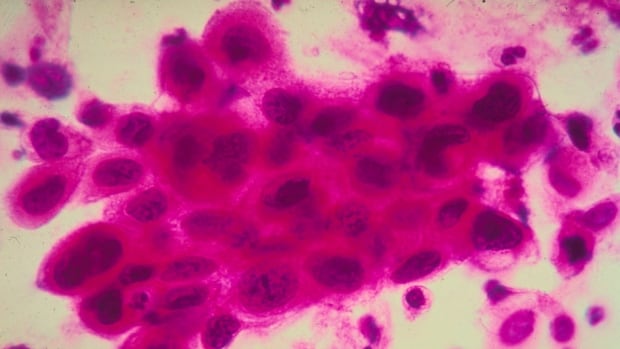 Quebec will replace pap tests with HPV tests as its main tool to screen for cervical cancer, the Health Ministry has announced.

The HPV test, which detects high-risk types of human papillomavirus, will be offered to women between the ages of 25 and 65, every five years.

The announcement comes a month after the regional health authority in the Eastern Townships launched a pilot project allowing 400 women age 21 to 65 to carry out HPV screening at home using a swab test.

However, a spokesperson for the Health Ministry told CBC News the government does not plan to offer self-sampling kits for the time being. For HPV screening, doctors will administer the tests to patients and have the results analyzed in a lab. Details about the screening program will be defined in the coming months.

“I think it will facilitate the desire for women to pass this test,” he said.

Currently, it is recommended that people with a cervix who are sexually active get a pap test every two to three years.

Experts have called for HPV testing to become the main tool for screening cervical cancer in Canada for years, citing the test’s safety and cost-effectiveness.

The U.K., Australia and the Netherlands have already adopted the HPV testing model as their main cervical cancer screening tool. In January 2022, P.E.I. also announced the switch.

Unlike with the pap test, testing for HPV allows doctors to check for the root cause of cervical cancer, said Dr. Lucy Gilbert, the director of gynecological oncology for the McGill University Health Centre.

HPV spreads through any kind of sexual contact and is known to cause nearly all cervical cancers.

A pap test requires observing 60,000 to 300,000 cells on a slide and looking for a few cancer cells between normal ones, according to Gilbert.

“[The pap test] has done a lot of good, but its time is gone now because there are better things,” she said. “Instead of looking at this imprecise test … you are now looking for the cause of this problem, which is the HPV.”

Quebec won’t be delivering at-home HPV testing kits any time soon, but the possibility of moving toward self-sampling could enable women to take charge of their own health.

However, there is no tool in Canada that is approved for at-home HPV testing at this time, said Dr. Catherine Popadiuk, a gynecologist-oncologist and chair of the Canadian Foundation for Women’s Health.

She notes that Quebec will have to decide the pathway for patients who test positive for HPV and would need additional diagnostic services for the health of their cervix because colposcopy clinics — centres dedicated to examining the cervix for signs of disease — are a scarce resource.

“A positive HPV test doesn’t mean you have cancer or pre-cancer. It’s just that you have the virus,” she said. “To know if you’re at risk, we will need a second test.”

In Canada, it is estimated that one in 168 women will develop cervical cancer in her lifetime. In 2021, of the 1,450 new cases of cervical cancer diagnosed in Canada, 290 cases were in Quebec.