You Are Here Home Health News Receiving the COVID-19 vaccine during early pregnancy not associated with risk of birth defects: study 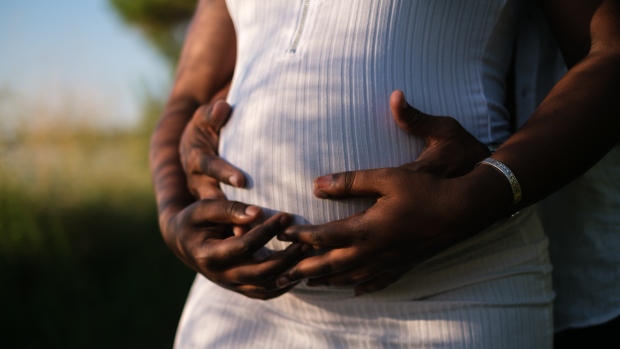 A new study looking at ultrasounds from more than 3,000 women has found that receiving the COVID-19 vaccine while pregnant was not associated with any increase in the risk of physical birth defects.

Although health experts have stressed that pregnant people should get vaccinated, and that there is no evidence that it has a detrimental impact on the parent or the child, lingering concerns have persisted for many due to pregnant people being excluded from the original round of clinical trials for COVID-19 vaccines.

“One of the reasons women struggle with the vaccine in pregnancy is they’re worried about their babies and don’t want to take any risks,” Dr. Rachel Ruderman, a fourth-year resident in obstetrics and gynecology at Feinberg, and first author of the study, said in a press release. “This study shows there really is no increased risk of birth defects, and it supports other evidence that shows the vaccine is safe and beneficial for mom and baby.”

Their study, published Monday in JAMA Pediatrics, used data from pregnant people who were receiving care between March and November 2021 at a specific medical centre in Chicago. All participants had received an ultrasound at 19-20 weeks in their pregnancy to assess progress of the fetus.

The study included 3,156 women, 83 per cent of whom were vaccinated.

This span of time includes something called the teratogenic window, a crucial time period for fetal development at the start of a pregnancy, usually spanning from around 10-14 days after conception to about eight weeks into pregnancy. During this time, substances like alcohol, recreational drugs or certain infections, among other factors, can negatively affect the fetus.

“During the early part of pregnancy when the organs are forming, there can be abnormalities in how they form, and they can take the form of birth defects that can have implications for the life of the child,” Dr. Emily Miller, chief of obstetrics at Northwestern Medicine and assistant professor of maternal fetal medicine at Northwestern University Feinberg School of Medicine and corresponding author of the study, said in the release.

“For example, if the baby’s heart isn’t forming correctly, that could lead to the baby needing major cardiac surgery or long-term medication.”

Nearly 1,150 women in the study had received vaccination within 30 days before conception and 14 weeks into their pregnancy.

Researchers found that there was a fetal anomaly in 5.1 per cent of the unvaccinated pregnant women, and in 4.2 per cent of those who had received at least one shot of the vaccine.

These rates are similar to the average levels in the U.S., where around three to five per cent of births involve a structural birth defect.

Even after controlling for potential factors that could increase or decrease the likelihood of a fetal anomaly, researchers found that being vaccinated within the teratogenic window was not associated with an increased risk of birth defects.

“I think the big strength of this study is that we compared against other women who were vaccinated, but at different point in their pregnancies,” Miller said. “People who choose vaccination are often different from people who choose not to be vaccinated. Our study design helps account for some of those differences.”

Researchers acknowledged that they couldn’t search for everything, as the abnormalities that would show up on an ultrasound only include structural birth defects.

Researchers noted that participants included those vaccinated with mRNA vaccines as well as those with adenovirus vector vaccines.

This isn’t the first study to demonstrate that the COVID-19 vaccine does not pose a threat to pregnant individuals, their children, or to fertility in general.

One study published last fall tracked nearly 14,000 people with ongoing pregnancies and found no correlation between vaccination and miscarriage risk during the first trimester.

Another study published this January found that those who received the Pfizer and Moderna vaccines had the same fertility and pregnancy outcomes as unvaccinated individuals.

In 2021, many COVID-19 vaccine manufacturers, including Pfizer and Moderna, also announced clinical trials for the vaccine in pregnant people to close up that gap of knowledge.

But every piece of new research helps, researchers said, adding that they still see hesitancy in their patients.

Ruderman said in the release that she received a booster shot while in week 12 of her own pregnancy.

“Patients say, ‘I don’t think the data is good, and everyone is getting COVID anyway, so why would I expose my baby?’” Ruderman said. “Then I tell people, ‘Actually, the data is really good,’ and I feel like they’re receptive. So, these findings will only add to that.”