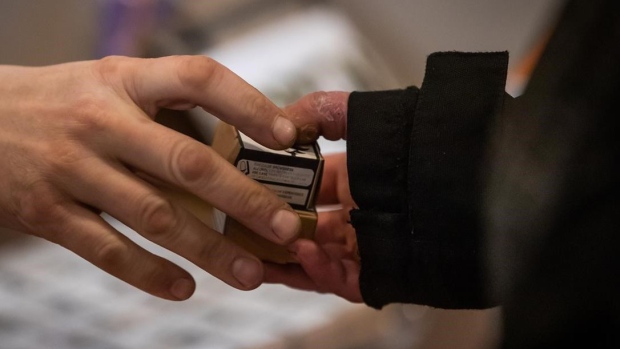 OTTAWA — Advocates say while the early findings on safe supply pilot projects are promising, they’re still not meeting the needs of a large share of Canadians who are at risk of drug poisoning.

The federal government released early findings in March from 10 programs in British Columbia, Ontario and New Brunswick, showing there was a range of benefits for participants.

Participants and staff reported a significant change in substance use, including a decreased risk of overdose and decreased use of street drugs.

Participants also said they were less stressed and they had more stability, freeing up time to find and keep a job.

Gillian Kolla, researcher at Canadian Institute for Substance Use Research at the University of Victoria, said the assessment centred the effect on the lives of participants, and she appreciated that it also made space for the challenges they experienced.

“I think that these challenges can actually go a long way to informing the development of these programs as they are being looked at as a possible response to the overdose crisis in Canada,” said Kolla, who also co-wrote the evaluation for the London InterCommunity Health Centre’s safer opioid supply program.

But Hugh Lampkin, a member of the Vancouver Area Network of Drug Users and a supervisor of the organization’s injection room, said his experience accessing one of the pilot programs was not positive.

The program required participants to come in once or twice a day to have drugs dispensed, which he said doesn’t make sense.

“You’re putting a chain on your legs, you can’t go anywhere. No school, work, all that stuff gets hurt because you have to go in,” he said.

Lampkin also questions that the initial findings are “too neat, it’s all perfect, all ‘everybody loves it.”‘

“There’s not any criticism or any bad thing printed here. That should be suspect enough,” he said. “That’s impossible that the government would come up with a program and people in the program don’t have any criticism.”

Corey Ranger is a registered nurse and clinical lead for the Victoria Safer Initiative, another safe supply project. He said the benefits highlighted in federal report are consistent with what he’s seen in his own program.

Kolla said the programs are small and have very limited capacity to prescribe a safe supply of drugs, with often only one prescriber or organization for an entire city.

“This doesn’t come anywhere close to meeting the needs or the capacity currently for this type of intervention,” she said, noting that the existing programs are already functioning at close to capacity.

Ranger wants to see a range of other models available for safe supply, including compassion clubs, which distribute clean-tested drugs to their members.

“We need to see an urgent up-scaling, because while many benefit from working in a medicalized model, even more don’t need to access a doctor, they just need access to safe and regulated drugs,” he said.

But he said there’s a lack of political will to explore non-medicalized models like compassion clubs.

“And it really will take some courage from our decision-makers in order to get there, and we haven’t seen that courage,” he said.

Lampkin said it’s crucial that people who use drugs are involved in the creation of these programs.

“If you want it to work, you will have the people who it’s targeted for on the ground floor, not on the fifth floor,” he said.

Otherwise, said Lampkin, the process isn’t built to encourage people to use the programs or to dispense substances in ways that work for the users.

“That’s where our expertise comes in.”

Successful safe-supply programs prioritize the goals of the people accessing them as opposed to centering the experiences of the practitioners or prescribers, said Ranger, who also co-developed a safer supply checklist based on feedback from people who use drugs.

In March, the federal government provided $3.5 million in funding to extend four of 20 safe supply pilots, according to a statement.

Mental Health and Addictions Minister Carolyn Bennett said in a statement Friday that the government is committed to creating a strategy to address substance use-related harms, addressing the toxic drug supply and improving access to safer supply.

Health Canada is engaging with civil society organizations, direct care service providers, scholars and people with lived experience to inform government action to reduce overdoses and deaths and improve the well-being of people who use drugs, she said.

Bennett did not directly answer when asked whether the government plans to scale up existing safe-supply pilots, but said the government has invested over $60 million in funding for safer supply projects. She added there is more to do, and government will “continue to use every tool at our disposal” to end the national public health crisis.

Kolla said much more action is needed to fully respond to the opioid crisis.

“I think that we really have to grapple with the way in which stigma towards drug use and people who use drugs has been making it so difficult to make any progress in order to have a comprehensive response,” she said.

“People are dying because of an incredibly toxic drug supply from the street drug supply. This has been happening for over six years now, and we’ve seen such a slow response.”

This report by The Canadian Press was first published March 26, 2022.

This story was produced with the financial assistance of the Meta and Canadian Press News Fellowship.