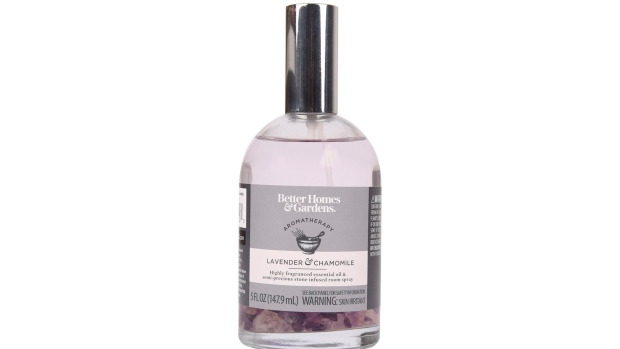 A scented room spray sold at 55 Walmart stores in the U.S. led to two deaths and two serious illnesses, according to a new study.

Located in four different states, each patient had been exposed to a lavender and chamomile aromatherapy spray that contained the same bacteria that causes melioidosis, an uncommon and serious tropical disease. The product, which was made in India, was pulled from Walmart shelves in October 2021.

“Since the bacteria is not normally found in soil and water in the U.S., we suspected an imported product might be responsible for the illnesses,” U.S. Centers for Disease Control and Prevention (CDC) spokesperson Christine Pearson told CTVNews.ca. “Our lab scientists were able to confirm that it was the spray that had caused the illness, because the strain (of bacteria) in the bottle was the same as that found in the patients, and matched with other strains common on Southeast Asia.”

Melioidosis is an infectious tropical disease that can lead to joint pain, respiratory problems and fever, as well as disorientation, seizures and brain infections in more severe cases. Caused by Burkholderia pseudomallei bacteria, infections typically come from exposure to contaminated water or soil, and are most common in Southeast Asia and northern Australia. Melioidosis is treatable if diagnosed early, although the CDC says it is often mistaken for other conditions like tuberculosis and pneumonia.

Published Wednesday in the New England Journal of Medicine, the CDC-led study describes how researchers were able to link melioidosis cases in Georgia, Kansas, Minnesota and Texas, which involved two adults and two children who had never met each other, and who hadn’t travelled outside their country.

“Most melioidosis cases in the U.S. are in people who had recently travelled overseas,” Pearson explained. “It left us with quite a mystery to solve.”

The youngest fatality, a five-year-old boy from Georgia, also tested positive for COVID-19 before he died in July 2021. A four-year-old girl in Texas developed septic shock and reportedly remained non-verbal and needed a wheelchair following hospitalization in May 2021. Septic shock also claimed the life of a 53-year-old Kansas woman in March 2021. A Minnesota man of the same age suffered cognitive impairment after being in hospital in June 2021. Their initial symptoms included fever, weakness and shortness of breath. All four were found to be infected with the same strain of B. pseudomallei.

The CDC says hundreds of samples were collected from in and around the patients’ homes to determine the source of the bacteria. After months and countless hours of testing, the culprit was finally identified.

“The key takeaway from the study is that doctors who have patients who have new lung and neurologic symptoms that don’t get better with normal treatment should consider testing for B. pseudomallei, the bacteria that causes melioidosis,” Pearson said. “Doctors shouldn’t rule out melioidosis as a diagnosis just because their patients haven’t travelled outside the U.S.”

The lavender and chamomile aromatherapy room spray was sold under the “Better Homes and Gardens” brand in 55 U.S. Walmart stores between February and October 2021, when it was recalled. A Walmart spokesperson confirmed they were not sold in Canada.

“We are deeply concerned that there may be a connection between this product and this rare bacteria,” a U.S. Walmart spokesperson said in Oct. 2021, when the spray was pulled from shelves. “Our sympathies and concerns are with the four families that have been impacted.”

With files from the Associated Press