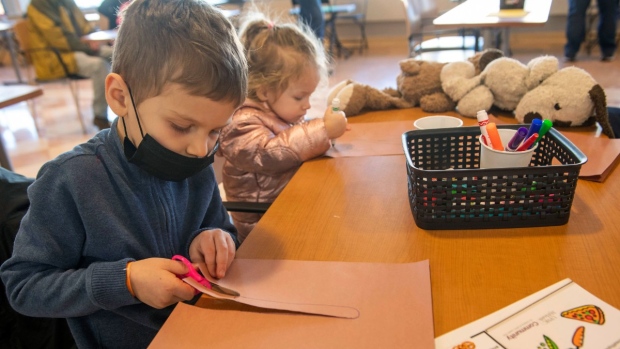 A new study out of the United States has found evidence to suggest some children and teenagers previously infected with COVID-19 develop natural antibodies that can last for months.

The study, published in the journal Pediatrics and led by researchers at the University of Texas Health Science Center in Houston, looked at data from 218 children and adolescents between five and 19 years of age.

The participants were enrolled in the Texas Coronavirus Antibody REsponse Survey, or CARES, which began in October 2020.

The survey is meant to determine antibody status over time, with volunteers providing three separate draws of blood over the course of six to eight months.

Of the study’s 218 participants, 75 or 34.4 per cent tested positive for COVID-19 antibodies after providing their first sample. Two participants went from positive to negative by their second antibody test, while the rest remained positive by their third measurement, resulting in about 97 per cent continuing to have antibodies up to about seven months after their first assessment.

“These findings are important because the information we collected from children infected with COVID-19 didn’t differ at all by whether a child was asymptomatic, severity of symptoms, when they had the virus, were at a healthy weight or had obesity, or by gender. It was the same for everyone,” Sarah Messiah, corresponding author of the study and professor of epidemiology, human genetics, and environmental sciences at the University of Texas’ School of Public Health, said in a statement.

The researchers say samples were collected during the circulation of the Delta and Omicron variants, and that the findings do not include the impact of vaccine protection.

Meanwhile, approximately 58 per cent of participants were negative for infection-induced antibodies at their third and final measurement, which the study says means “a significant proportion of children are still immune-naive to SARS-CoV-2 due to natural infection.”

Messiah said there has been a misunderstanding from some parents who believe their child is protected after getting COVID-19 and doesn’t need a vaccine.

She added that adult literature shows natural infection and vaccine protection give the best defence.

“While our study is encouraging in that some amount (of) natural antibodies last at least six months in children, we still don’t know the absolute protection threshold,” Messiah said.

“We have a great tool available to give children additional protection by getting their vaccine, so if your child is eligible, take advantage of it.”

The study builds off similar research from a year ago, which found that children 10 years old and younger produce more antibodies in response to coronavirus infection than adolescents and adults.