You Are Here Home Health News Tanning bed use can increase a woman’s risk of developing endometriosis, study finds 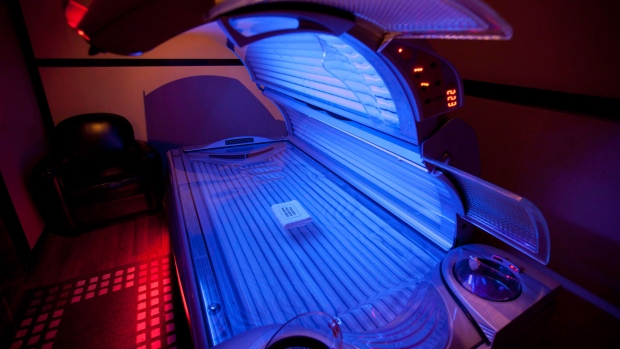 TORONTO — Women who use tanning beds or sunbathe regularly may be at an increased risk of developing endometriosis, according to a new study.

While tanning beds have been shown to increase a woman’s chances of developing melanoma skin cancer, new research out of the United States suggests their use may also be linked to reproductive health issues.

The study looked at more than 116,000 women in the U.S. and found that the risk of endometriosis increased the more those women used tanning beds or were sunburned during their teenage and young adult years.

The findings were published Dec. 2 in Human Reproduction, one of the world’s leading peer-reviewed reproductive medicine journals.

University of Arizona professor Leslie Farland, who led the research, said in a press release that prior research has suggested that women with endometriosis are at greater risk of melanoma.

“While the exact mechanisms underlying the association between endometriosis and melanoma are not known, several studies have found a greater risk of endometriosis in women who are sensitive to sunlight, don’t tan easily and have red hair, light eyes, freckling or a high number of moles,” Farland said in the release.

“These associations may reflect a common genetic background between endometriosis and melanoma, or an underlying association between sun exposure and risk of endometriosis,” she added.

However, the study also found that women living in the southern U.S., where there are the highest levels of ultraviolet light in the country, were less likely to be diagnosed with endometriosis.

Endometriosis occurs when tissue similar to that lining the uterus grows outside of the uterus in the pelvic cavity to form lesions, cysts, nodules and growths on other organs in the body.

Approximately one in 10 people who menstruate will develop endometriosis at some point in their lifetime, according to The Endometriosis Network Canada.

Every two years until June 2015, the participants completed questionnaires that asked about their medical history and their exposure to risk factors for several chronic diseases, according to the study. The participants were also asked about their tendency to sunburn, the number of moles on their legs, and their number of severe sunburns between the ages of 15 and 20.

In 1993, the participants started providing information on their use of sunscreen and were asked whether they had laparoscopically diagnosed endometriosis. In 2005, researchers say they began recording the participants’ use of tanning beds during their teenage and early adult years.

The study reported that nearly seven in 100 women would develop endometriosis if they used tanning beds more than three times a year.

Additionally, researchers reported that women with a history of five or more sunburns as teenagers had a 12 per cent increased risk of an endometriosis diagnosis compared to women who were never sunburnt.

Farland said in the press release that women “already know” to avoid tanning beds to reduce their risk of melanoma, but the study shows that doing so may also be beneficial to their reproductive health.

“This study reinforces the advice to avoid using tanning beds and suggests that there may be an additional benefit of reducing the risk of endometriosis. Women should follow the health advice never to use tanning beds, to avoid being sunburnt, and to protect your skin from exposure to the sun by covering up, seeking the shade, and by using a broad spectrum UVA/UVB sunscreen,” Farland said.

The study also found that women who lived in the sunniest parts of the U.S. at birth, at age 15 and at age 30, had a 19 per cent, 21 per cent and 10 per cent reduced risk of endometriosis diagnosis, respectively, compared with those living in less sunny parts of the country.

Researchers noted this may be due to the intensity difference of UV exposure in UVA light from tanning beds, which has been associated with an increased risk of cell damage and weakened immune responses, and UVB light from being outdoors, which helps increase vitamin D production to supress inflammation and boost immunity.

The researchers noted that this is the “first prospective study” to look at the association between sun exposure and endometriosis.

Researchers say they restricted their analysis to white women, given the “known racial and ethnic disparities in endometriosis diagnosis and differences in the influence of UVA and UVB light for different races.”

The researchers cautioned that the results of this study may not apply to women of other skin colours and ethnicities.

Farland told CTVNews.ca in an email that the population where the study was conducted “is relatively homogenous in terms of racial/ethnic diversity” and is comprised “predominantly of white women.”

To better understand endometriosis in everyone it impacts, Farland said future research needs to “further replicate these findings in more diverse groups of women.”

Commenting on the study, Human Reproduction editor-in-chief Dr. Nils Lambalk noted that there may be psychological and economic aspects of UV exposure and endometriosis in various ethnicities that needs to be explored.

“For instance, if you suffer from endometriosis does this encourage you to seek ways of feeling and looking ‘better’ or ‘healthier’ through tanning? Or are women who are not satisfied with the way they look also more prone to endometriosis?” Lambalk said in the release.

Laparoscopic surgery is the only way to “definitively diagnose endometriosis,” according to the researchers, but cost and access to that surgery may put women of colour at a disadvantage.

Co-lead author of the study Stacey Missmer, a professor at Michigan State University and the Harvard T.H. Chan School of Public Health, said their research needs to be investigated further.

She added that doing so could increase endometriosis treatment and care among everyone who suffers from the disease.