You Are Here Home Health News ‘They wouldn’t do anything’: Indigenous woman who lost baby alleges negligence, racism in B.C. hospitals 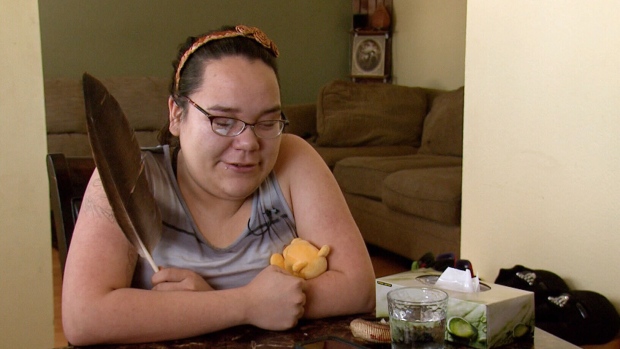 TORONTO — An Indigenous woman in northern British Columbia is speaking out after she was allegedly mistreated at two hospitals while in labour, which she says lead to the death of her baby daughter.

In an interview with the Aboriginal Peoples Television Network, Sarah Morrison from Haisla Nation said she was denied proper care at two B.C. hospitals and was denied an ambulance trip, which forced her father to drive her 45 minutes to a different hospital.

“I think if all lives were held the same value this wouldn’t have happened,” Morrison told APTN.

“The ambulance attendant asked if we could pay, I said: ‘I don’t care how much it is, I will pay it.”

Coral-Lee Edith Cheryl Luft was stillborn on Jan. 27. Her cause of death has not been released publicly.

“They wouldn’t do anything to help my baby,” Morrison said. “They didn’t monitor her.”

Earlier this month, Morrison and her partner Ronald Luft filed a negligence lawsuit in B.C. Supreme Court alleging that the Northern Health authority, several doctors, and the two hospitals she dealt with — Kitimat General Hospital and Mills Memorial Hospital — used racial stereotypes and failed to provide emergency care for Morrison and her baby.

The allegations have not been proven in court. In a statement, Northern Health did not comment on the lawsuit, other than to note that it is reviewing the matter and will present a statement of defence by the deadline.

The health authority added that more than 4,700 staff have completed San’yas Cultural Safety Training as of last month in addition to other training and mentoring programs provided by Northern Health Indigenous Health.

According to the statement of claim, there were “no meaningful attempts” to help Morrison or her baby in distress. She also states that staff erroneously wrote in her medical chart that she was depressed and that her parents were alcoholics.

Indigenous leaders in British Columbia are demanding an independent inquiry into what happened to Morrison and her baby.

“There were so many steps along the way that were racially loaded,” said Leslie Varley, executive director of the British Columbia Association of Aboriginal Friendship Centres. “Where were the supports for this young woman?”

In a statement, a spokesperson for the office of federal Indigenous Services Minister Marc Miller called the incident a “disturbing reminder” of how the Canadian health-care system fails Indigenous people.

“Our hearts are with the family going through this horrific loss,” the spokesperson said. “Unfortunately, this situation is not an isolated event.”

“There are many questions regarding the exact circumstances which led to the death of Sarah’s daughter, and her and her loved ones deserve those answers.”

In November, an independent review of anti-Indigenous racism in the B.C. health-care system found “hundreds of examples of prejudice and racism” and noted that 84 per cent of Indigenous respondents reported some form of discrimination in health care.

“The problem that we have in British Columbia is we’ve named it, we’ve identified (it and) we’ve opened it,” said Mary Ellen Turpel-Lafond,the lead investigator for the review. “We have to make changes and I’ve given them a blueprint.”

“They’ve taken some steps which are good, like marshalling a team is an important part of it, but it’s at the point of care, and so many cases I saw during this review were of First Nations women not receiving care, experiencing the double whammy of racism and sexism.”

Turpel-Lafond said Indigenous women, particularly when pregnant, are at a further disadvantage.

“First Nations people get health care that’s too skewed to go into an emergency room, versus primary care and this is especially the case for First Nations women who are expecting a child,” she said. “They do not get prenatal medical care to the extent that they need or any anywhere in comparison to non-Indigenous moms, and they are showing up in emergency rooms to deliver after not having prenatal care.”

“Emergency room contact with Indigenous people can be very high conflict and can be one where a number of these assumptions are made.”

Earlier this month, Miller promised new legislation to combat racism in the health-care system, which would work with Indigenous leaders to develop “concrete steps” to fight the issue.

“Together with Indigenous partners, we will move forward and find a path that leads to high-quality and culturally relevant health services, designed and led by those they serve.”

With files from The Canadian Press and CTV News Vancouver Island

Predicting the next pandemic virus is harder than we think

DNA robots designed in minutes instead of days