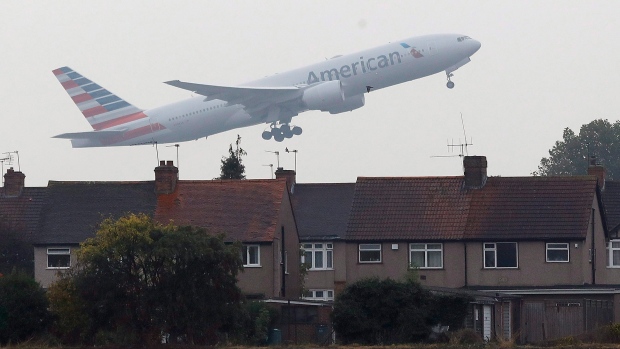 People who live in neighbourhoods with constant traffic noise are at higher risk of hospitalization for heart attacks compared with those who live in quieter areas, according to a recently published population-based study out of Rutgers University.

The paper, published in the Journal of the American College of Cardiology in March, is among the first of its kind that specifically looks at North American data, according to researchers, with the results aligning with previous European studies that have documented similar associations between heart disease and transportation noise pollution.

“As cardiologists, we are used to thinking about many traditional risk factors such as smoking, hypertension or diabetes,” Dr. Abel Moreyra, a professor of medicine with Rutgers University and the lead author of the study, said in a statement.

“This study and others suggest maybe we should start thinking about air pollution and noise pollution as additional risk factors for cardiovascular disease.”

Numerous studies have looked at the health impact of environmental hazards, including noise pollution, with previous research linking it to hearing loss, sleep disorders, chronic stress and high blood pressure. Earlier studies have also shown how air pollution from vehicle exhaust, for example, is tied to higher rates of heart disease and cardiovascular damage.

For this particular study, Moreyra and his team looked at the heart attack rates for 15,846 residents in New Jersey who were hospitalized in 2018 for a heart attack. New Jersey is the densest state in the U.S., with some 1,200 people per square mile, many living near roadways, train lines and major airports.

According to Yale University’s Environmental Health and Safety office, city traffic is measured at about 85 decibels.

Numbers in the study were drawn from a state-wide database that tracks cardiovascular hospitalizations. Noise pollution levels from aircraft, trains and road traffic were also measured using data from New Jersey’s Bureau of Transportation Statistics. Researchers then looked at where patients lived, converting their locations to latitude and longitude coordinates to assess the noise levels in their area.

The study did not look at the biological reasons behind this association, but Moreyra said chronic stress, sleep disturbances, anxiety, which have been documented in other studies, can have a detrimental impact on heart health. Researchers say chronic stress, for example, can cause hormonal changes that are tied to inflammation and affect blood vessels.

This particular study did not look at demographic, socioeconomic or other risk factors such as noise levels at work. However, the authors say additional research would give further insight into distinguishing the effects of these varying factors.

“That five per cent of all acute [myocardial infarctions] hospitalizations were attributable to high noise levels indicates the significance of the exposure, and the findings underscore the importance of stricter noise regulations and enforcement by the transportation authorities,” the authors concluded.

Moreyra says policy interventions, from better noise insulation for buildings, to better enforcement of noise ordinances, could help mitigate the level of noise residents are exposed to.

“More attention should be put on building barriers between where houses are and highways,” Moreyra said in an interview with CTV New Channel on Tuesday.

He said better rules and schedules for airport landings and take-offs should also be considered to minimize disturbances at night, while tire manufacturers could consider developing tires that reduce sound “so the noise coming from the friction between the tires and the road will be decreased.”