You Are Here Home Health News ‘We’re working so hard’: PSW details a year in health care during a pandemic 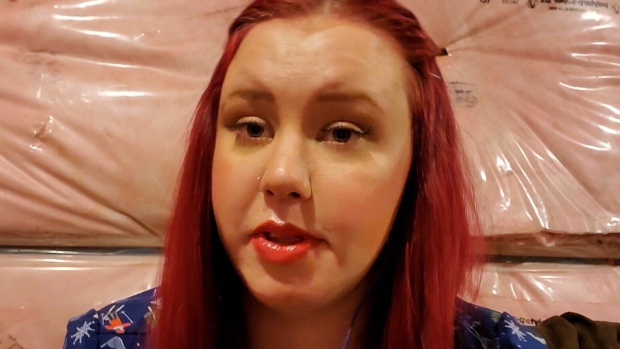 TORONTO — As the pandemic continues to take its toll, a personal-support worker shares what the year has been like for essential workers like herself who have been fighting the virus.

Like many of her colleagues, Anna Perry from Ontario described how physically and mentally exhausting this year has been for her in the battle against COVID-19.

In May, Perry opened up her business as a personal support worker for patients with disabilities; however, she was forced to close it within a couple of months when the coronavirus began to spread in the province.

“I worked all throughout 2019 to open my doors in May and just [to] have it close less than a year later, temporarily of course, but I think that was the biggest challenge because I was really happy to work for myself and happy to be able to give that type of care that I wanted to give and most of my clients were very happy with it,” she told CTV’s Your Morning on Wednesday.

Perry had to return to work in a long-term care facility, but that proved to pose even greater challenges as her hours grew longer, her department became understaffed, and she was unable to provide the same care to residents living in the home as she would have before the pandemic.

“The hardest things right now during our shifts, for myself, its being understaffed and the long hours and I think the top one is just not having the ability to have that time with the residents and be able to talk to them and just see how they’re doing,” she said.

Many of the residents aren’t able to receive family visits said Perry, as many of them have family that don’t live in the same area and if they do, those loved ones have to wait on getting tested for the virus before visiting.

Perry said witnessing death in a long-term care home has been a difficult challenge she has had to confront this year.

“One of my residents, they asked to hold my hand and they told me that I was doing a great job and that they’re really happy and fortunate to have such great care in our facility and then just a couple of hours later she did pass on. Very peacefully, thankfully, but I think the whole hand-holding experience will be with me for a very long time because it did very much affect me when she passed away,” she said.

For Perry, paying attention to her mental health has played a key role in helping her push through her work.

“I definitely did go through a little bit of depression, but I think a lot of people did just from everything changing,” she said.

Last month, a study conducted by the University of Windsor found that Ontario health-care workers were concerned for their mental health as they faced issues such as lack of personal protective equipment, long working hours, and not enough funding during the pandemic.

Perry said she has been receiving help from a therapist and social worker to talk through her concerns twice a month; many of which are related to her job.

“It’s been very beneficial for myself and I hope other people can be able to get that type of resource because I feel like during these tough times, everyone just needs someone to talk to,” Perry said.

Ultimately, Perry hopes Canadians can understand the mental and physical battles health-care workers are going through and why it’s important to recognize their efforts.

“I really, really do hope that the whole public realizes that personal support workers, RNs, any health-care worker right now in any facility, hospitals, long-term homes, group homes; they realize that we’re working so hard and hopefully we’re noticed.”