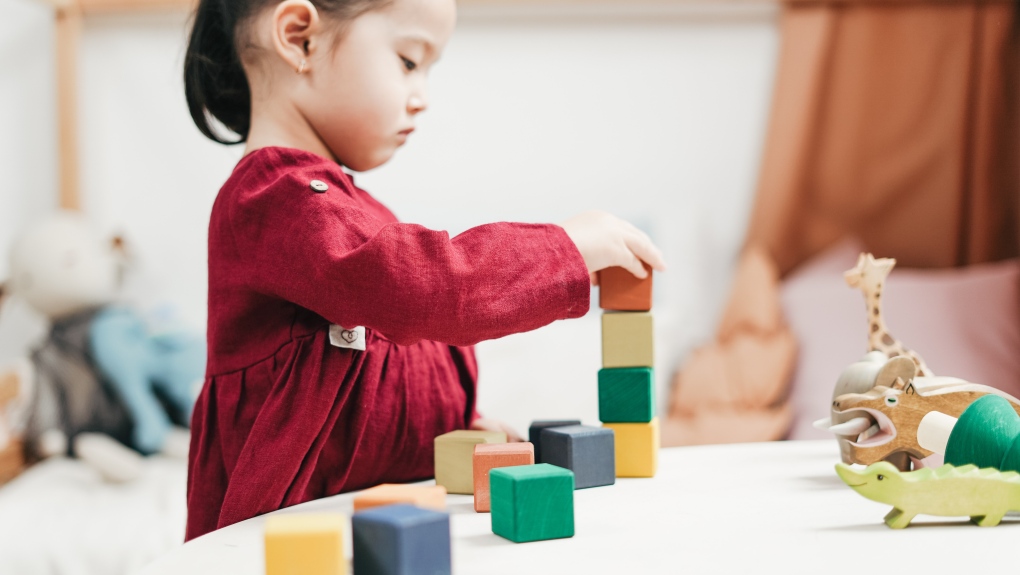 Researchers at McMaster University have conducted the first Canada-wide study of early childhood anxiety, finding that nearly three per cent of kindergarten-age kids had behaviours associated with anxiety.

The study, published in March in the journal Child Psychiatry & Human Development, looked at data from a sample of 974,319 kindergarten-age children between 2004 and 2015. The researchers identified several behaviours that were consistent with symptoms of anxiety, including being upset when left by a parent or guardian, frequent crying, and shyness, among others.

Of the sample, 2.6 per cent, or over 25,000 children, were identified by teachers to have exhibited these behaviours on a consistent basis.

“I just want to make this clear that it’s not a child who is occasionally shy or occasionally cries. It has to be something that teachers saw happening consistently,” lead author Magdalena Janus, a professor of psychiatry and behavioural neurosciences, told CTV’s Your Morning on Tuesday.

The children who exhibited these symptoms of anxiety were also between 3.5 to 6.1 times more likely to be vulnerable in four key areas of childhood development. These areas include physical health, language and cognitive development, social competence and communication.

“This finding supports the notion that anxiety and other aspects of development, as well as skill acquisition and use, are closely intertwined,” the researchers wrote.

Boys, children with special needs and children who speak a language other than English or French as their first language were overrepresented among the children identified as having anxious behaviours.

“It’s not unusual for children to have comorbid symptoms, to have disabilities and symptoms of other mental health issues. So that was something that we found,” Janus said.

However, because the data relies on teacher-reported behaviour rather than clinical diagnoses, the researchers say there may be confounding variables at play. For example, children who don’t speak English or French as their first language may appear to be more shy, only because the teachers are unable to communicate with these children.

“The symptoms were real, but to what extent were they real symptoms of anxiety or discomfort with being in an environment where they are uncomfortable in terms of language proficiency? We don’t know that,” said Janus.

HOW THE PANDEMIC HAS IMPACTED MENTAL HEALTH IN CHILDREN

For many young people, COVID-19 resulted in serious disruptions to their lives as schools shifted to online learning, with children unable to see their friends. Janus suspects that in the future, we could see a “temporal increase” in children showing anxiety symptoms.

“I do expect there could be temporal increase in anxiety symptoms. I’m not necessarily in a position to say that that would lead to higher prevalence of actual anxiety disorders. I think this all really depends very much on how educational systems have found ways and support systems work to mitigate that,” Janus told CTVNews.ca over the phone on Tuesday.

Smaller scale studies involving children and adolescents have shown that the pandemic has had decidedly negative impacts on the mental health of young people.

A meta-analysis conducted by University of Calgary researchers and published in August 2021 found that the percentage of children and adolescents around the world facing depression and anxiety symptoms doubled thanks to COVID-19.

Another study from February 2021 led by SickKids Hospital in Toronto looked at more than 1,000 parents of children aged two to 18 found that 70 per cent of school-aged children and 66 per cent of preschool-aged children reported deterioration in at least one domain of mental health, including depression, anxiety, irritability, attention, hyperactivity, and obsessions or compulsions.

Janus hopes that her team’s research can set a pre-pandemic baseline for anxiety symptoms in kindergarten-aged children, which could be used to compare against a future study on anxiety in young children post-COVID.

“The children that we studied — the majority of them went to … pre-pandemic ‘normal’ preschools and social gatherings,” she said. “And yet, 2.6 per cent showed anxiety symptoms. The children that we would be looking at next year will have had three years — over half of their life — under restrictions.”