The World Health Organization (WHO) has dealt a blow to Quebec-based Medicago after formally rejecting the biopharmaceutical company’s COVID-19 vaccine for emergency use due to its ties to the tobacco industry.

The recent decision also puts into jeopardy Canada’s efforts to donate its only made-in-Canada vaccine to other countries that need it.

Last week, the WHO announced it had paused the approval of its plant-based Covifenz vaccine because it was concerned by the company’s relationship with cigarette maker Philip Morris International.

The tobacco giant owns one third of Medicago, which has its headquarters in Quebec City.

Medicago said in a written statement to CTV News on Friday the decision to not approve the vaccine was based on the cigarette maker’s shareholder status and not the efficacy of the vaccine, which was approved by Health Canada last month.

“We are aware that the WHO updated Medicago’s vaccine status to ‘not accepted.’ We have received an email which indicated the WHO’s preliminary decision and informed us that official communication outlining the details and rationale would follow. Once we receive this, we will review the rationale and continue to discuss next steps with our partners and shareholders,” said Takashi Nagao, president and CEO of Medicago.

“It is our understanding that this decision is linked to Medicago’s minority shareholder and not the demonstrated safety and efficacy profile of our COVID-19 vaccine. COVIFENZ was approved by Health Canada on February 24, 2022.”

Mariângela Simão, WHO’s assistant director-general for drug access, vaccines and pharmaceuticals, said in a media briefing last week that approving the company’s vaccine would breach its longstanding and “strict” obligation against “engagement” with the tobacco industry.

‘QUITE A WASTE’ TO REJECT VACCINE: RESEARCHER

One researcher who worked on the Medicago clinical trials in Montreal said it was “quite a waste” to snub Medicago because of big tobacco.

“I understand the principle and I understand the reasons why WHO has adopted this kind of policy in general in dealing with tobacco products and tobacco companies. On the other hand, I thought this is not a really practical approach to dealing with a pandemic kind of problem that we have that’s causing a lot of problems around the world,” said Dr. Michael Libman, director of the MUHC Vaccine Study Centre in Montreal’s West Island where the phase two trial took place. 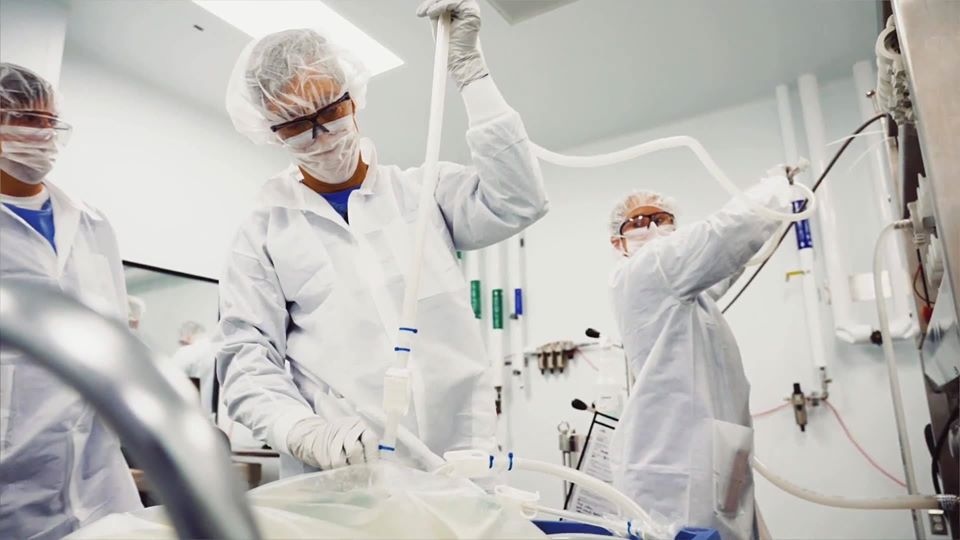 Quebec City company Medicago is working with the Canadian government to find a cure to COVID-19. (Credit: Medicago)

The pandemic is not over yet, especially for countries that have limited access to vaccines, so Libman said getting a variety of approved vaccines to the global market is important to compare their real-life use and determine which one is best suited for certain circumstances.

“I’m not sure that it makes sense to withhold a potentially beneficial product from patients, from the world, because of the principle of not wanting to enrich tobacco companies,” he said, in the hopes that the WHO can start “finding some pragmatic way of dealing with that.”

WHO EXPLORING ITS OPTIONS

Canada is one of the 182 signatories of the WHO Framework Convention on Tobacco Control, signed in 2005, which calls on members to protect public health policies “from commercial and other vested interests of the tobacco industry in accordance with national law.”

The WHO appears to be open to exploring that possibility, but it’s not clear what it means for Medicago.

The organization declined an interview request from CTV News on Friday. In a written statement it said Covifenz was not accepted because of its “strict policy on not engaging with companies that promote tobacco.”

“Medicago was informed of this decision and has been apprised of WHO’s policies on tobacco,” WHO said in the statement.

“WHO is currently holding discussions on how to address a general trend of the tobacco industry investing in the health industry. We are exploring different policy options for potentially valid health products that are linked to the tobacco industry and will communicate as soon as a decision is made.”

The federal government announced a deal in 2020 to invest $173 million to help Medicago develop the vaccine and bought the rights to 76 million doses. Health Canada said when it approved Covifenz for Canadian adults between the ages of 18 and 64 that the vaccine was 71 per cent effective against symptomatic infection and 100 per cent effective against severe disease caused by COVID-19.

Canada will now be unable to donate the Covifenz vaccine to other countries that need them without WHO approval.

Health Canada reiterated in a statement to CTV that it stands by its investment in Medicago’s vaccine and that the agreement was not violated.

“The Government of Canada has studied the matter of its investment in Medicago carefully and considers that it is compliant with its treaty obligations related to tobacco control under the WHO Framework Convention on Tobacco (FCTC). The FCTC requires Parties to the Convention to specifically protect ‘public health policies with respect to tobacco control’ from ‘commercial and other vested interests of the tobacco industry,'” wrote spokesperson Mark Johnson.

“As such, the FCTC does not preclude the Government of Canada from working with Medicago on vaccine development and procurement to ensure that a ready and effective supply of vaccines is available for its population.”

Health Canada said it strives to donate any surplus of vaccines to other countries and will continue to “enable other countries’ access to Covifenz vaccine supplies that may become available in the coming months.”