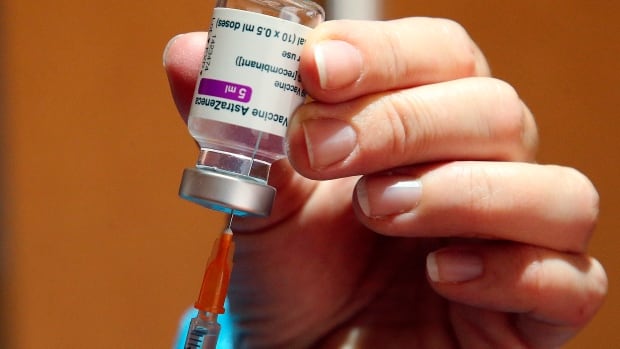 Comparing apples to oranges isn’t necessarily useful if you’re trying to learn more about apples. And that is exactly what some experts say is happening in recent discussions of Canada’s vaccine rollout performance on the world stage.

This country’s vaccination record can seem disappointing when compared to the quick progress in some other countries, but that may not be a fair comparison, some experts say. The fact is certain key metrics suggest Canada’s rollout performance is actually on the rise compared to those of many other countries.

“It really does matter who you compare Canada to,” said Trevor Tombe, an associate professor of economics at the University of Calgary and a research fellow at its school of public policy.

How we evaluate Canada’s performance, he said, is by comparing ourselves to other major countries and by “using realistic metrics based on Canada’s current rollout strategy.”

At the beginning of March, the National Advisory Committee on Immunization (NACI) recommended that the interval time between first and second doses for the Moderna, Pfizer-BioNTech and AstraZeneca-Oxford COVID-19 vaccines be extended to a maximum of four months.

The group doubled down on that recommendation this week, saying the extension will allow more people to receive a first dose more quickly. And the Council of Chief Medical Officers of Health publicly announced its support of the interval recommendation the same day.

Tombe said that extension is the reason why Canadians should be sure they are really comparing apples to apples, so to speak, when we look at our numbers internationally.

Comparing Canada to the world based on the metric of how many people have received at least one dose of vaccine paints the most accurate comparative picture right now, he said, given the country has focused its efforts on administering first doses.

By those markers — measuring the Canadian vaccine rollout to other major economies and looking at the percentage of the population that has received at least one dose — this country is doing better than average.

Canada is third in the G7, behind only the United States and United Kingdom. Canada also ranks third when compared to members of the G20 (with data not available for Saudi Arabia and China). And those same metrics put us in the top 10 out of 37 members of the Organisation for Economic Co-operation and Development (OECD).

Scott Halperin, the director of the Canadian Center for Vaccinology in Halifax, agrees that comparing Canada’s “fully vaccinated” rate with the rest of the world is not the best measure of the country’s immunization progress right now.

“When you have a policy of first dose completion, that’s the metric you want to use — because it’s a conscious policy,” he said.

Halperin and other experts have pointed out the dearth of vaccine supply in February and early March was caused mostly by a lack of capacity in Canada to manufacture vaccines on a mass scale, a situation created by decades of policy-making decisions.

But in the here and now, he said, working with what Canada has to work with, the rollout is ramping up at a pace that matches supply.

The rationale behind the strategy

Dr. Caroline Quach-Thanh, the head of NACI, says she responds to criticisms of Canada’s vaccination record with a similar recounting of facts. She says the lack of vaccine supply is a factor that influenced her group’s decision to recommend extending the time gap between first and second doses, which is part of what led to Canada’s seemingly poor performance on the world stage when comparing “fully vaccinated” numbers.

“What we’ve decided to do in Canada is to give one dose to as many people as possible,” she said. “I know that that decision, that was taken by Canada and the provinces, has led to a lot of anger and anxiety in some people.