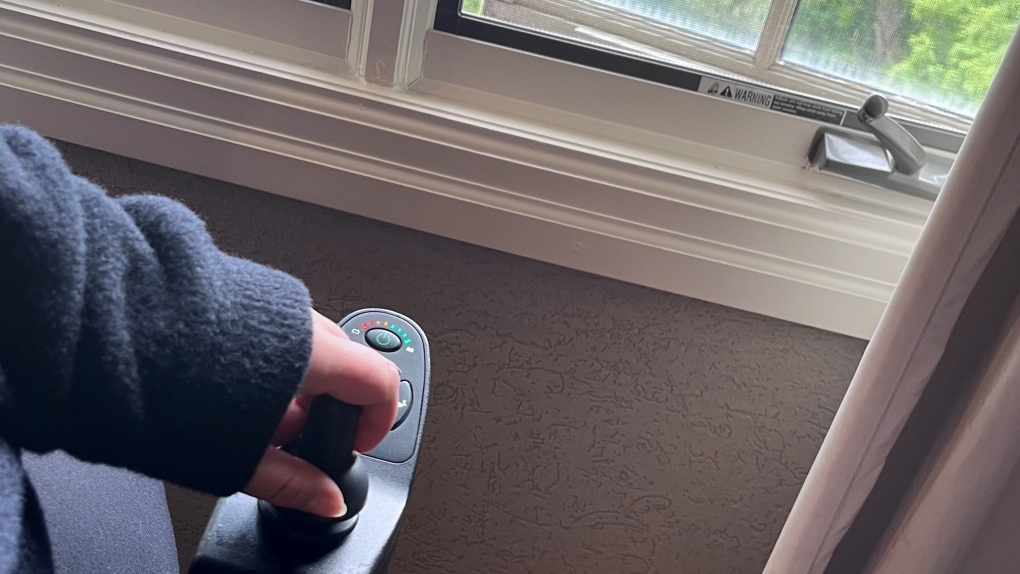 A 31-year-old disabled Toronto woman who was conditionally approved for a medically assisted death after a fruitless bid for safe housing says her life has been “stabilized” by an outpouring of support after telling her story.

“It’s … mind-blowing and inspiring,” said Denise, in a phone interview.

Her voice sounded considerably stronger than in April when she last spoke with CTV News about her pending approval for MAID, a decision she said she made, in part, because she was suffering from severe chemical sensitivities in an apartment filled with smoke and fumes that made her ill.

She told CTV News at the time that she had spent months trying to secure housing with cleaner air and essentially gave up and was cleared by two doctors as qualifying for an assisted death.

But now she’s found a temporary home, is no longer struggling for every breath and her extreme suffering has lessened, her application for MAID is on pause. However, Denise says she has not cancelled the MAID application outright as she still has several other pain-causing chronic health issues that haven’t been properly addressed.

But because she does not have a permanent solution, if the hotel she is currently staying in is booked, she says she needs to return to the apartment that makes her sick.

After the story garnered worldwide attention, supporters set up a GoFundMe campaign that has now has amassed over $65,000 in donations from nearly 1,000 people along with countless emails of encouragement.

“These are strangers saying they do not want this to happen. I am even struggling to find the words,” Denise said.

She says she is now staying in a hotel room in Toronto that uses low-scented cleaning chemicals, and has windows that open on a ravine, providing fresh air.

“I am no longer focusing on just survival,” she told CTV News. “Mentally, I am more clear to put things in place to put a more liveable life.”

She is working to find long-term subsidized housing and is hoping to help others with chemical sensitivities.

The “irremediable suffering” that qualified her for a medically assisted death was fixable, said Dr. Riina Bray, the medical director of the Environmental Health Clinic at Women’s College Hospital in Toronto, and one of Denise’s physicians.

“It says these patients can easily return to wellness if they are given the right environment to live. It’s a simple equation,” she said.

Denise, who asked CTV News not to use her real name to protect her identity, was diagnosed with Multiple Chemical Sensitivities (MCS), which trigger rashes, difficulty breathing, and blinding headaches.

She is also a wheelchair user after a spinal cord injury six years ago.

But her only income comes from Ontario’s Disability Support Program (ODSP) which pays $1,169 a month plus $50 for a special diet. That made it impossible for Denise to pay for a better apartment away from smoke and chemicals.

When repeated requests for subsidized apartments in healthier locations went unanswered by housing officials she applied for MAID, “essentially, because of abject poverty,” she told CTV News in April.

She was approved by two doctors and was asked for documentation on funeral preparations by a third.

Denise’s supporters are calling for a closer look at how and why she was approved for MAID when what she needed was housing that didn’t aggravate her symptoms.

“We’re calling for an investigation …. into physicians who are improperly applying the (MAID) legislation,” said David Fancy a professor at Brock University and one of Denise’s supporters.

Denise says the doctors who offered medical assistance in dying discussed her suffering, not solutions. “During the assessment, very little was focused on what services I had, what I needed to achieve some level of normal. Nothing was offered in terms of support,” she said.

The Well Earth collaborative, which is fundraising for Denise, is also applying to the Canada Mortgage and Housing Corporation for funding to build special housing for others with environmental sensitivities, with a 50-acre plot of land in a rural region north of Toronto identified as a possible site.

Multiple Chemical Sensitivities (MCS) is a recognized disability under the Canadian Human Rights Act. It’s believed to be caused by exposures to chemicals, or other environmental exposures that cause physical symptoms, although it is a controversial diagnosis in the medical community.

Her story is disturbingly similar to one reported by CTV News earlier in April. Sophia also suffered from Multiple Chemical Sensitivities. She received a medically assisted death in February, after many attempts to get an apartment away from the smoke and chemicals in her building.

Canadian statistics suggest that at least 700,000 people in the country suffer from sensitivities to chemicals.