You Are Here Home Health News Worker at Etobicoke General Hospital who died of COVID-19 a ‘health-care hero,’ union says 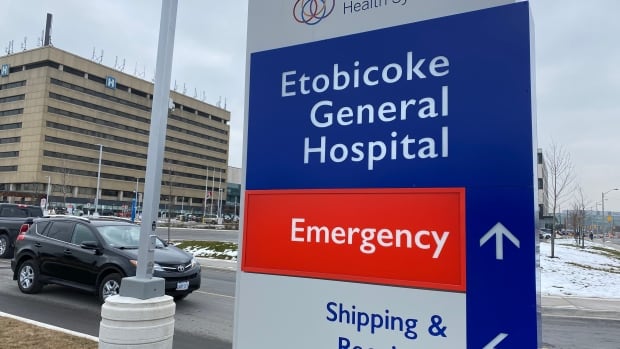 Another GTA hospital worker on the front lines of the COVID-19 pandemic has died of the disease, his union has announced.

In a statement posted online, CUPE Local 145 says Antonio Gaerlan, 54,  a housekeeper in the Environmental Services Department at Etobicoke General Hospital, was the “literal definition of a front-line health-care hero.”

“Antonio would have been engaged on a daily basis in cleaning, having the responsibility of cleaning and maintaining the sanitization and the deep cleaning of any and all areas of the hospital, including places where COVID was active; where COVID patients were being taken care of,” Eric Witvoet, president of CUPE Local 145, told CBC Toronto.

When asked whether the hospital was taking good enough care of its front-line workers, Witvoet answered that it’s complicated.

“In the last 10 months, everyone has rallied to the best of their ability on the front line in terms of being vigilant and taking care of themselves,” he said.

“But there have certainly been issues over the last 10 months with the availability of personal protective equipment.”

Witvoet says, as a union, CUPE has been advocating for proper protective measures, like better screening protocols and proper physical distancing in the workplace.

The outpouring of support for our fallen friend and colleague has been overwhelming. Thank you.<br>We will have a moment of silence to pause and reflect on how covid has affected us on Jan. 18 @ 1100. Join us as we <a href=”https://twitter.com/hashtag/standaparttogether?src=hash&amp;ref_src=twsrc%5Etfw”>#standaparttogether</a> in memory of those we’ve lost.<br>Peace.

He says this is the second member of CUPE Local 145 to die from COVID-19 in less than a year.

The local will hold a socially distanced moment of silence next week.

“One of the things we want to achieve by standing together at 11 o’clock on Monday morning, is demonstrating to each other that even though it’s not like it was a year ago, with vigilance and with strength and with support for each other, we can continue to fight,” he said.

In a written statement to CBC Toronto, William Osler Health System, the organization that runs the hospital, says they are “deeply saddened to confirm the passing of a member of the Osler family, due to COVID-19.”

Witvoet says William Osler held a virtual memorial for Gaerlan and flags were lowered at the hospital.

The statement goes on to say “an investigation is underway to determine how this employee contracted COVID-19.”

Occupational Health and Infection Prevention and control teams at the hospital are working with Toronto Public Health for the investigation.

“Osler has stringent infection prevention and control practices in place to help prevent the spread of viruses and infections and we take every precaution across all sites to ensure the safety of everyone who comes into our hospitals,” the statement reads.

Front-line workers warn that B.C.’s opioid crisis is only getting worse

U.S. weighs next steps for Johnson & Johnson COVID-19 shot amid reports of clotting

Ontario is adding hundreds of ICU beds. But does it have the resources to support them?