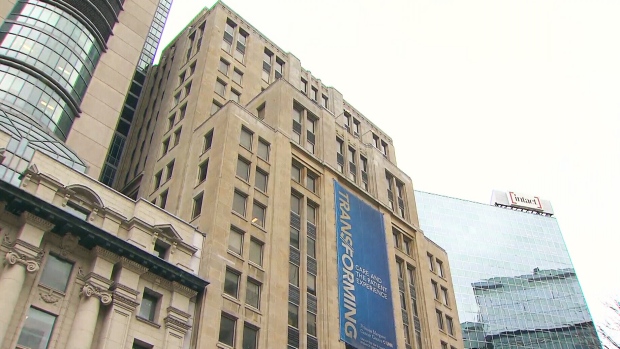 Emmanuelle Gattuso remembers well the moment she was told she had breast cancer.

“I was like stunned. I really was,” she told CTV National News.

Gattuso was diagnosed in 2002, the same year her mother had passed away from ovarian cancer.

“I was very lucky with Stage 1 and had radiation for five-and-a-half weeks,” said Gattuso.

She was treated at the Princess Margaret Cancer Foundation in Toronto, a world-renowned centre for breakthrough cancer research.

On Tuesday, Gattuso along with the family of her late husband — Canadian broadcast mogul and philanthropist Allan Slaight — announced that the charitable foundations they manage are giving $50 million to support cancer research at the facility.

“It’s an incredible place to be treated,” she said.

The gift to The Princess Margaret Cancer Foundation is being made in memory of Slaight. He died last year at the age of 90.

Fighting back tears, Gattuso said, “This is a way to really honour Allan and give a gift that will have a lasting legacy. Not only for patients here, but all over the world.”

The money comes at a time when cancer diagnoses are expected to “significantly” rise post-pandemic.

“It’s the leading cause of death in this country.”

While COVID-19 has taken a terrible toll, killing more than 37,000 people in Canada, Yamashita says an estimated 170,000 have died of cancer since the start of the pandemic.

The donation will be used to bring in top researchers and encourage innovative and “unconventional” research.

“It’s going to see those early stage research projects, the research that might be considered out of the box creative,” said Dr. Aaron Schimmer, the centre’s director of research.

“Maybe even high risk research that might have a high chance of failure, but if successful moving to game changing science,” he added.

Gattuso and her late husband have been generous donors of the hospital. They gave millions of dollars to fund a Rapid Diagnostic Unit and they made a $50 million donation back in 2013, which was at the time the largest private gift in Canada to fund cancer research.

“It’s really important to give back,” said Gattuso.